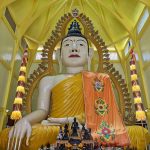 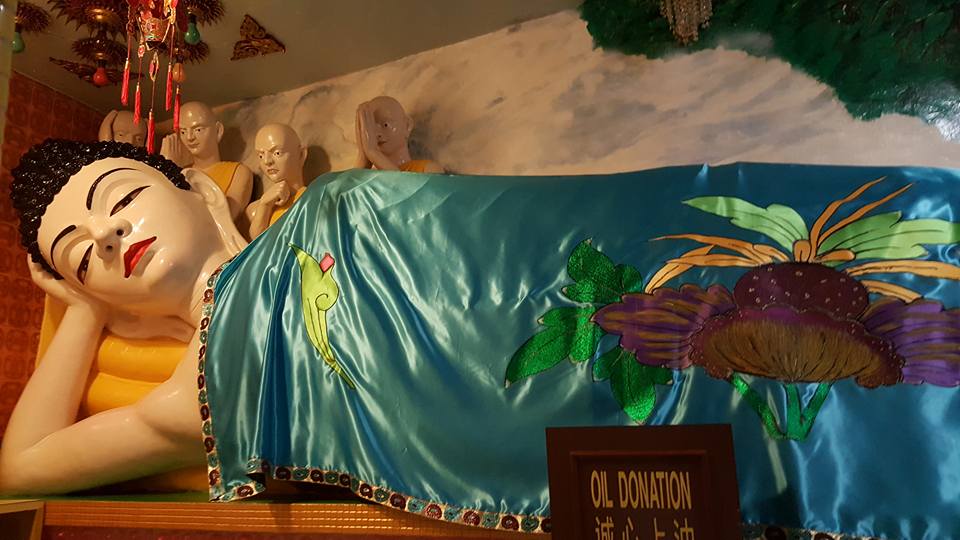 Sakya Muni Buddha Gaya Temple (Chinese: 释迦牟尼菩提迦耶寺) is a Buddhist monastery in Singapore. The temple was originally set up by Venerable Vutthisara of Thailand. The present premises are located at Race Course Road in Singapore.

The Sakya Muni Buddha Gaya Temple is one of the most prominent and widely visited Buddhist temples in Singapore, often referred to as the Temple of 1,000 Lights. It features a 15-meter high statue of a seated Buddha, which weighs nearly 300 tons, as well as many smaller Buddha images and murals depicting the life of Shakyamuni Buddha. The large central statue is surrounded by a stylized aura made of numerous light bulbs—often lit during evening hours—from which the temple derives its nickname. In a small room beneath the altar is an image of a reclining Buddha, Buddha towards the end of his life, under a Yellow Saraka Tree.

On Vesak Day, the annual holiday celebrating the birth and enlightenment of the Buddha, devotees donate money to the temple and in exchange are allowed to place gold leaf onto a small statue of the Buddha. As the day wears on, the Buddha is almost entirely covered in a fresh layer of gold leaves.

Read More
Directions to / How to go to Sakaya Muni Buddha Gaya Temple- Temple of 1,000 Lights

Found an error? Or there is a change with the direction? Let us know!

© 2020 Copyright by Ourhound | All rights reserved.